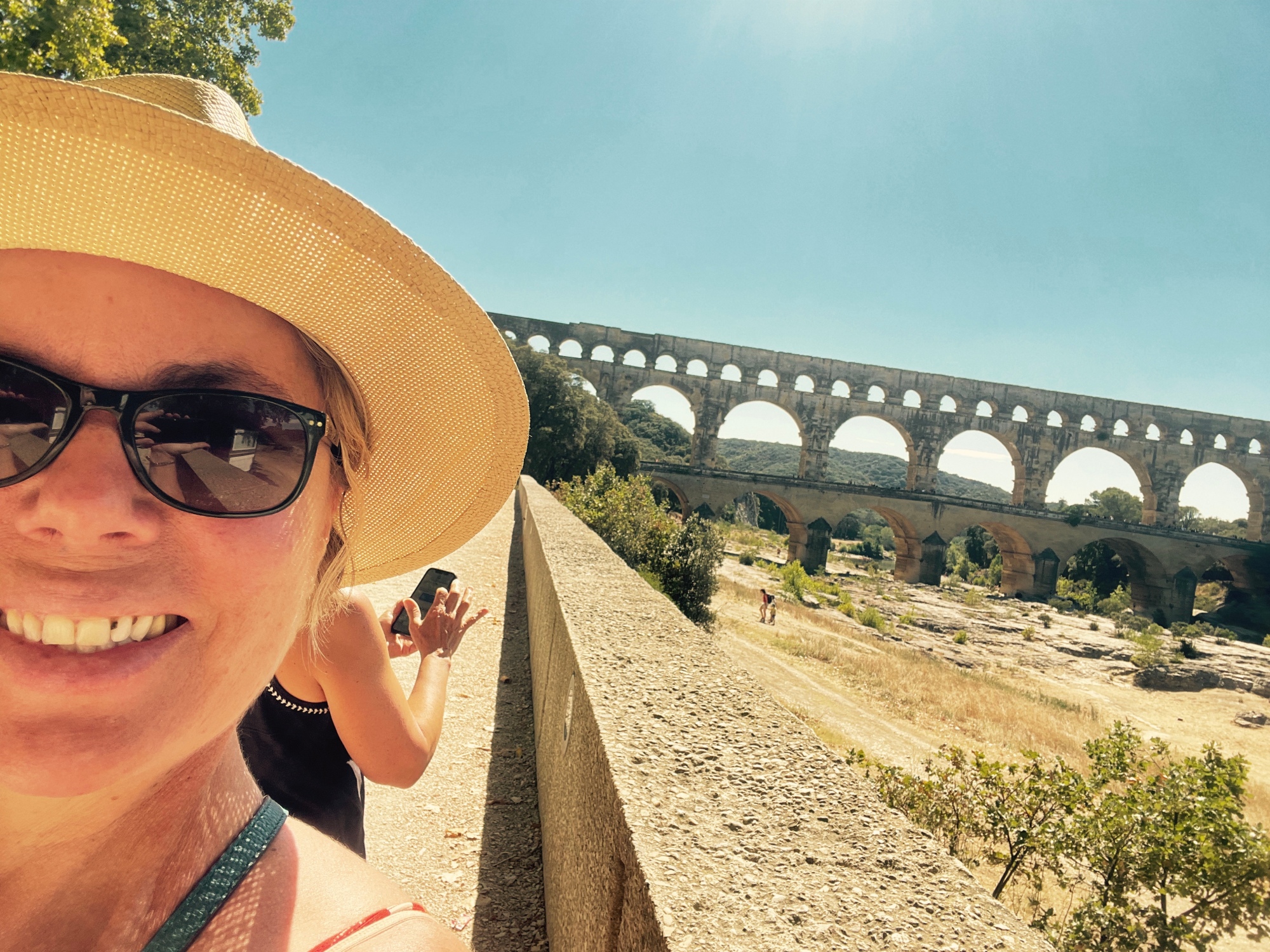 This meant that the architects and engineers needed to calculate how to very gradually lower the slope within the aqueduct water channel. In addition, they also needed to bridge areas where the terrain changed, like the river, and still keep the water channel at the appropriate height.

Still the physics required by first century Romans continues to surprise me. ( it’s one of the few facts I recall besides French food, wine, and how to chop vegetables with a good knife , from uni in #montpellier. (Lots of Roman ruins to scamper around in Southern France 🇫🇷.)

The aqueduct served as both a 31 mile water highway to the many (-30,000) bathers and super fans of Emperor Augustus and tangible testament of his power.

So how did the Romans master physics in 100 BCE? It’s a really, really long story but

Some math-n-science tweaked and borrowed from Mesopotamia — the ancient near Because, everyone else was doing it (mthe Aztecs, the peeps millennia ago in Crete, China & Ancient Greece and the Assyrians) But Rome gets the credit in my textbooks (thanks Texas)

Anyhoo, thanks to many slaves and years, Pont du Gard (bridge over the he Gard River) demonstrated the Romans understanding of gravity. —-Because 💧water 💦 flows down.

All for a bath! I understand. After 12 days of following my older sister through a plethora ruins, over thousands of cobblestones, and leading her rapidly down many voies (tracks), my everything hurts.

And happily shared with my gracious and fun sister 👯‍♀️

One thought on “Ain’t No Big Thing”