It’s a great phone. I’ve dropped it at least 20 times and it still works. For the longest time, that was all I wanted in a phone. My Samsung Gravity from T-Mobile actually does a lot of cool stuff — it takes pictures, it sends texts, it sends pictures, it calls people, and lets me know who’s calling me. 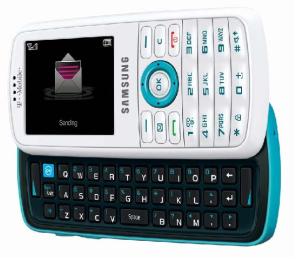 If I had the “right” email (yahoo, for instance), I could even send email from it. The slide-out keyboard is nice, too.

But what’s next? My T-Mobile contract ends in a couple of months…I’ve always wanted an iPhone, but I shy away from the $200-300 purchase cost (my Gravity was free….), the $70 monthly service charge for unlimited minutes and an additional $15 to $45 per month data charge, which you need if you want to do anything on the internet. It’s cool and it’s fun — the marriage of my WiFi enabled iTouch and my not-so-smart Gravity.

Today’s New York Times article “Finding a Smart Phone to Fit Your Needs” analyzes all the choices from the virtually defunct Palm Pre to the iPhone and the new “Google Phone” — the Android. Based on recent class discussions, I was pretty sold on a Blackberry — it has all the organizing features of an iSomething and I think it plays music — I couldn’t quite tell from the Darth Vadar-like website, though.

You can get a smart phone for little money, but are they as good as the iPhone? Not to me. But until the price comes down my not-so-smart phone and my iTouch can coexist in my briefcase.

I think I could live with the reduced minutes per month and limited texts in exchange for anywhere internet access for about what I pay now per month, but I just cannot fathom dropping $428 dollars on new phones that if I drop or get wet, I’ll ruin immediately and spending $200 month just to use them.